My thanks to the team behind DetailsPro — a fantastic SwiftUI view editor for Mac and iOS — for sponsoring Swift by Sundell last week. DetailsPro lets both developers and designers quickly build prototypes completely visually, using real SwiftUI components, which also makes it an excellent way to familiarize yourself with SwiftUI’s overall APIs and features.

→ Get DetailsPro for free from the App Store

Not only does DetailsPro run real SwiftUI code under the hood, which ensures that the design of your views will perfectly match how they’ll eventually get rendered within an app, it also lets you easily export that code as high-quality Swift snippets. 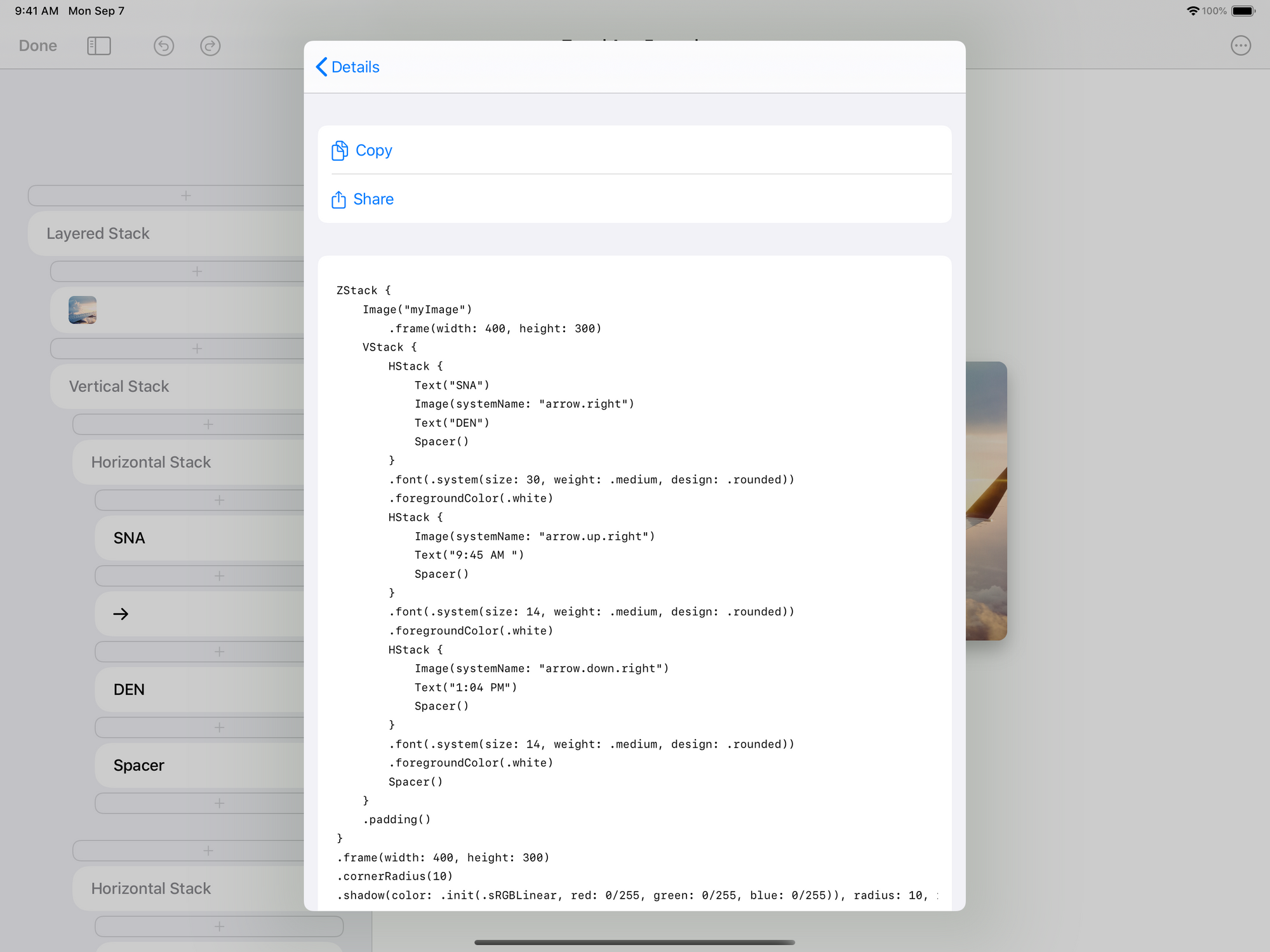 Even though this is a super powerful, pro-caliber tool, it’s completely free for up to five designs — so simply download it from the App Store and give it a try, and by doing so you’ll also directly support Swift by Sundell as well.